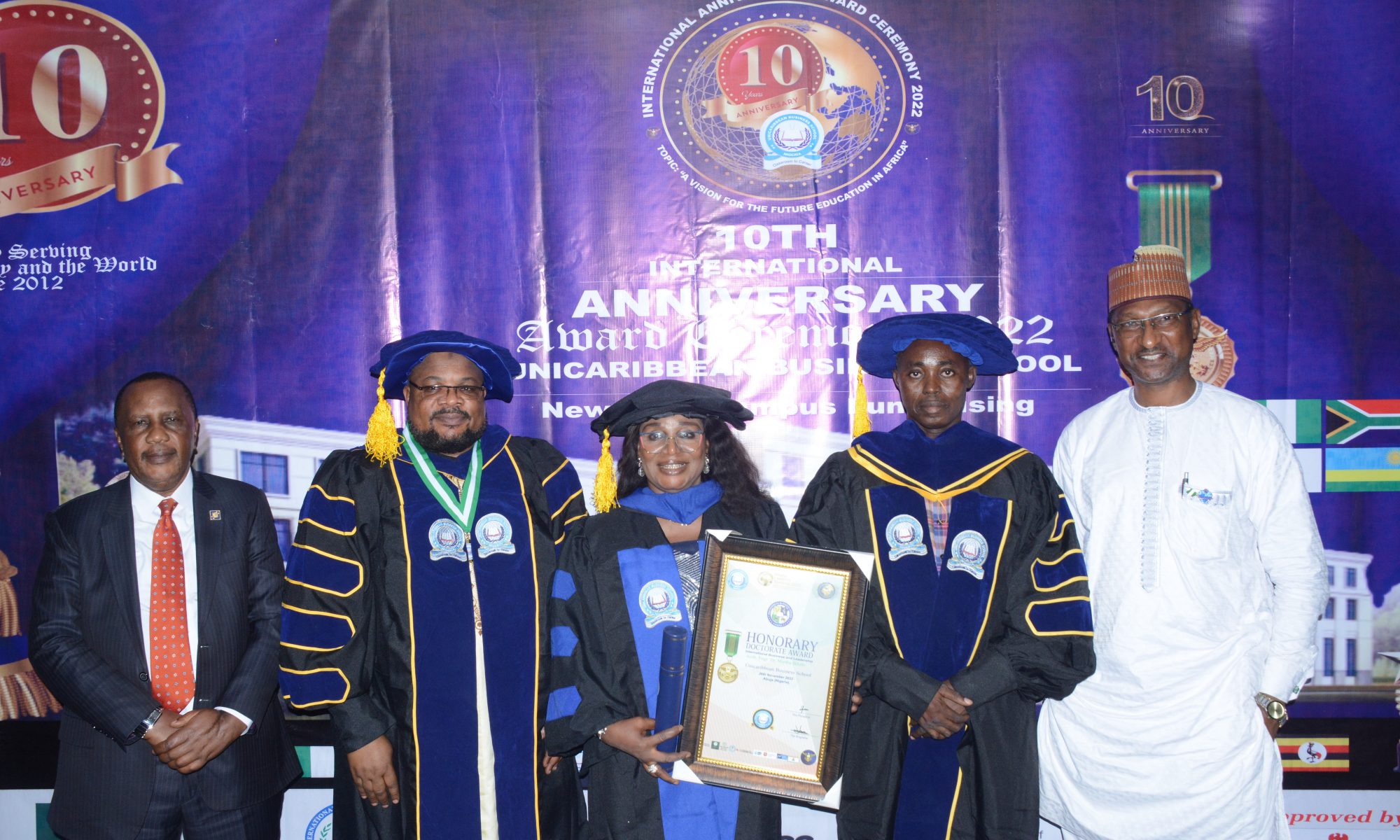 The Unicaribbean Business School celebrated its tenth anniversary and award ceremony on November 26th, 2022 at Grace Point Resort Hotel, Wuse Zone 6 In Abuja. The theme of this Year’s award ceremony was “A vision for the future Education in Africa”.

Amb. Dr. Olufemi stated that “Foundation Matters”, and went further to inform the gathering of the UBS New proposed Campus in Lagos State Nigeria, and declared that Hostel Buildings in the New Proposed Campus would be named after distinguished awardees of the business school and Nigerians. He, therefore, called on well-meaning Nigerians to support the big vision of the Unicaribbean Business School.

He went further to bemoan the challenges facing Nigeria, such as corruption, unemployment, insecurity, and political godfatherism.