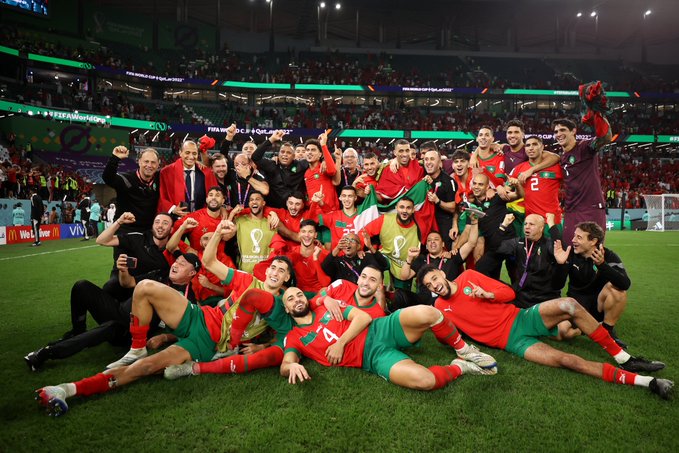 Celebrations are in order, as finally, football is coming to Africa.

Morocco have achieved the unexpected by reaching the FIFA World Cup Qatar 2022™ semi-finals after beating both Spain and Portugal in the knockout rounds. If little was expected of them prior to the tournament, the Atlas Lions have overcome every obstacle thrown in their way and have shocked the world in the process.

Morocco became the first African team to reach the semi-final of a World Cup on December 10.

They beat Portugal 1 – 0 to book their slot in the tournament’s Top 4.

Youssef En-Nesyri gave Morocco the lead in the 42nd minute.

Rabat – Morocco’s national football team is set to lock horns with France at the Qatar World Cup’s semi-finals after the European country defeated England in the quarter-finals on Saturday.

The pair will play against each other on December 14 at 8:00 pm at the Al Bayt Stadium in Al Khor, Qatar.

France clinched a 2-1 victory against England at the Al Bayt Stadium, with the two teams displaying a strong performance.