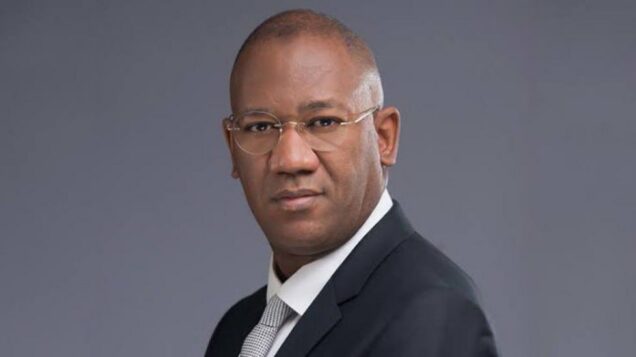 Obi unveiled his running mate at an event in Abuja on Friday.

The party had in June named Okupe as its “placeholder” vice-presidential candidate.

Speaking at the unveiling, Obi said Baba-Ahmed is “eminently qualified” to be Nigeria’s vice-president if the party wins the presidential election next year.

“This is our match to secure, unite and make Nigeria productive and you can’t do it without having people who have a similar vision, idea and are prepared for that onerous task,” he said.

In his remarks, Baba-Ahmed said he is “humbled and appreciative” of his selection as the party’s vice-presidential candidate, TheCable reports.

He was born in 1975 and is a Nigerian economist and politician who served as Senator for Kaduna North from 2011 to 2012 and member of the House of Representatives from 2003 to 2007.

Baba-Ahmed is from the prominent Baba-Ahmed family of Zaria and graduated from the University of Maiduguri.

Baba-Ahmed has a BSc and MSc in Economics from the University of Maiduguri in Borno State.

He worked in the security Printing and Minting, Lagos before entering politics.

In 2006, while a Federal representative, he earned the title of Doctor of Philosophy when he completed his Ph.D studies at the University of Westminster.

Baba-Ahmed was popular for his principled activism.During the administration of President Olusegun Obasanjo, he was among lawmakers who opposed letting Obasanjo run for a third term.

In May 2006 he said he would not run for re-election unless action was taken to investigate allegations that members had been bribed to support the constitutional changes needed for a third term presidency.

In 2007 he took the Independent National Electoral Commission to court over conduct of past elections. He was known for speaking out against corruption.

Ahmed was founder and Pro–Chancellor of Baze University, an independent university located in Abuja in the Federal Capital Territory, Nigeria which opened in April 2011.