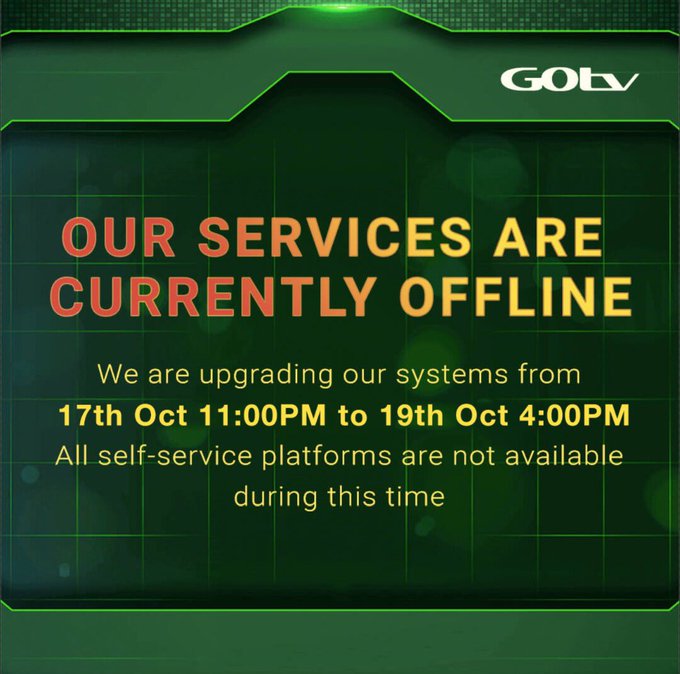 Some Nigerians on social media have been making claims that systems belonging to Multichoice PayTV platforms, DStv and GOtv, were hacked on Sunday October 18.

Many on Twitter claimed that some hackers who simply identified themselves as ‘Anonymous’ were behind it.

‘Anonymous’ became popular on Twitter recently, claiming responsibility for the hack of the social media accounts and websites of some government agencies as part of its support for the #EndSARS protests in Nigeria.

TheCable had earlier reported how the group had hacked the Twitter account of the National Broadcasting Commission (NBC) as well as the website of the Nigeria Police Force..

Before now, the number of DStv and GOtv channels accessible to users is determined by the package one is subscribed to.

However, all channels available on the platforms were available to customers irrespective of their subscription status or bouquet.

As a followup to this DSTV trended massively on twitter with mixed reactions.

When contacted on Sunday, DStv told TheCable that the development is due to an “upgrade in its billing, payment and self-service platforms”.

“Dear customer, please be informed that we are currently carrying out an upgrade or our systems, hence our billing, payment and self-service platforms are all unavailable at the moment,” it said.

Checks on DStv’s website also revealed that there was a notification informing users that its systems would be subjected to an upgrade between 11pm on October 17 to 4pm on October 19.

Over and above, it was a win-win for DSTV as it was a subtle use of good public relations.