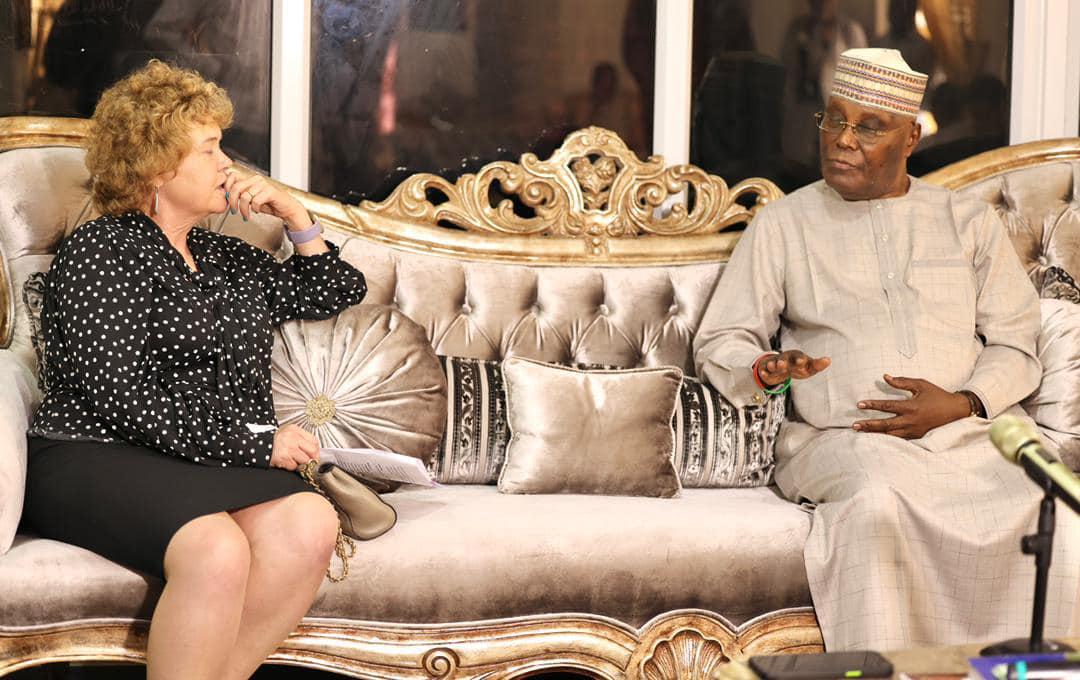 Atiku Abubakar almost glided ever so easily into the ticket this time around. It didn’t look like he broke any sweat on his way to picking up the presidential primary ticket of the main opposition party, the PDP.

His closest rival, the garrulous but very ambitious governor of Rivers state, Nyesom Wike, came a not too close second in an exercise that was fraught with anomalies and an unprecedented comic turn. Immediately after, came the knotty issue of a running mate. Against all odds, Atiku went for the quiet and inexperienced Ifeanyi Okowa, the governor of Delta state.

It was obvious he was looking at the electoral cost in making a decision instead of a more bankable candidate.

Presidential elections in Nigeria is a money game. You can never have a prayer especially at these economically perilous times when debt servicing has now over taken revenues and the poverty rate is at its highest which has led voters to more than ever vote according to the dictates of their stomach rather than a more sensible approach.

Atiku, in choosing Okowa, had looked at the oil receipts of Delta state and Okowa’s willingness to throw it into the race as a bulwark against a more sellable candidate like say Donald Duke or an equally oil-rich but less controllable Wike in going for the one I would deem the silent knight.

Along the way to this emergence by Atiku, he had created for himself a dubious reputation of being seen as a ‘runaway’ Nigerian because of his penchant of moving to a Middle Eastern country to continue a seemingly never ending vacation after each election circle.

While still battling to redeem that image, he runs into myriad of media storm the most engaging being his take on the brutal killing of citizen Rebecca by alleged Islamic zealots.

He first threw out a ‘positive’ position which drew the ire of a cross section of Muslim voters. This made him not only capitulate but also made him throw his media people under the bus as he ran from the media storm.

This showed him a weak leader and one who could be cowardly in some instance.

The Obasanjo hemlock still bites him and threatens to drown him with the weight of the accusations while also daring him to confront the torrent of allegations all bothering on a corrupt nature .

Atiku continues to forge ahead in a campaign he simply believes would end in glory.

Nigeria of today is fraught with many challenges. Challenges brought about by the incompetence of a leadership that started rudderlessly and seems to be pacing very assuredly to a certain place in the history books as the most self effacing one this country has seen.

This has thrown up additional worries apart from the seasonal worry on the economy. Today we have a country racked with a powerful insurgency, insecurity and a very terrible case of banditary which is inching close to the nation’s capital.

This has led to the almost collapse of vital sectors of the economy – agriculture, solid minerals, transportation to mention a few.  Its impact on jobs, inflation and all what not including foreign business confidence can only be talked about in hushed tones.

Today, oil majors are running away, no real FDIs or FPIs are coming in and investments in the real sectors are all but gone. The only major investment one can think of today is the giant Dangote refinery and may be the huge Marriott Hotel and Obi Cubanna’s Odowgu spirit.

The economy has all but grinded to a painful halt with its attendant impact on jobs, living standards and the rest.

So for me, a dispassionate look at the front runners becomes imperative.

It is in this light that I want to look a little bit more closer at Atikus credentials and experience in this regard viz a viz the other candidates.

Tinubu comes to the table with a much heralded performance as the governor of Lagos state. To be fair, he has shown a clear understanding of expansionist economy which is most needed at this time.

However, his shady pedigree and his image as the main driver that fostered on us this epileptic dispensation just may be his archilles heel.

Already the courts have okayed a trial on perjury and fraud. This maybe a major distraction and the elections in Osun throwing up the stark reality of the unraveling of his hold of the politics of the south-west a major weapon in his arsenal.

Peter Obi comes to the table with the inexperience that comes with a curious teenager in a whole house. His outlook is pedestrian and his penchant for throwing up economic data will not resonate with the millions of voters in the falavas and ghetto strongholds all over the country.

His campaign only resonates with digitally connected urban youths who although would justle a better showing in this circle than in previous ones but would still not be strong enough to register in the Richter scale that is a presidential run.

This leaves us with the prospect of an Atiku presidency. While not wanting to whole heartedly endorse him, I would say this prospect is looking very practical from all fronts.

His steady experience fed from a marathon stay in and around government at the highest levels gives him a quick advantage over his immediate opponents.

His understanding of the inner working of all levels of government would ease out the learning period Tinubu and Obi would be tackling upon emergence.

The situation is dire and we certainly do not need an orientation period before building a team and moving against the fire.

Atiku has shown that he can put a multi faceted team in place in less than 24 hours. Infact work starts on Monday morning. He has shown capacity to tackle the insurgency through other means rather than a puriel military engagement which seems not to be achievening anything.

His understanding of the economy as shown in his headship of the economic council during the OBJ years also gives him good leverage.

During his tenure, Nigeria saw the most robust and profound privatization exercise. Although he has been accused of selling to cronies or short selling, the fact still remains that till date, there has been no credible continuity in that space.

The seeming implosion of APC is another leverage. Daily we see decapments of strategic people from the ruling party to PDP. This would continue to better his chances.

But his best bet is the errant performance of the APC owned federal government. It’s weakness and inability to contain insecurity and a parlous approach to governance will strengthen Atikus campaign as we head up to the elections.

The naira free fall, petroleum subsidy, double digit inflation and a nepotistic approach to governance and massive corruption at the highest levels of government with the auditor-general’s case in point all seem to work in favour of an Atiku presidency.

So do I then cast my little weight on him? I will say not yet. I have no candidate and may abstain simply because I do not see any messiah in these three but if I am to look very dispationately at the three leading lights, I would throw my distressed naira at Atiku Abubakar this morming.

Atiku in my own estimation looks more like the candidate to beat of the three.

He looks more like the best qualified under the circumstances to lead the country at these times and just may snag it if he is able to rise above his seeming penchant for derailing at very critical points of the journey.

Opinion by Duke of Shomolu